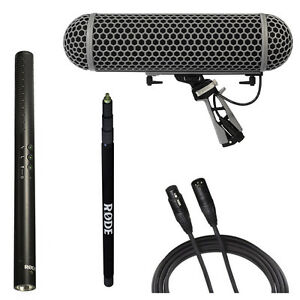 Audio quality in any video production is paramount. You can have great looking video but if the audio, or sound is bad, there is a problem

I have been a videographer all my working life. I’m also a sound engineer for a simple reason. Having worked in broadcast television stations, I was trained in all aspects of my job.

Primarily, I was a camera operator which led to editing. Working in a small rural television station as I did, I was taught all aspects. That included professional audio which interested me greatly. I have used that knowledge ever since, reading all I could to further my knowledge until it became second nature. I read books on multi-track production. Then I taught myself how to control audio, how to make it do what I want and also mastering. I’d buy books on EQ, then learn about compression and recording.

Mastering is the process to finalize the finished audio. Knowing how to make the sound as good as it can be when listening on a cheap TV or a state-of-the-art media centre. I wanted to know which microphones worked under certain recording situations and why they all looked so different. Why were some so very expensive while others were cheap? Basically, you get what you pay for. A cheap microphone gives you tinny sound. You can judge and hear that when listening to the recorded quality of a cheap and an expensive mic. Worlds apart. You also have greater control with a professional microphone to make it sound professional.

However, the greatest mic in the world won’t sound that good unless the operator knows what they’re doing. It’s the same with a camera. Again, good cameras are very expensive as you’d expect. 4K doesn’t necessarily mean great quality. You can upscale a 1970s TV program and it will still look like garbage but it’s still 4k. It’s simple physics, the bigger the lens, the better your video will look.

On a similar note, an mp3 will never sound like a professional codec with greater bandwidth. An mp3, which many cheap devices use to record sound, throws away a lot of audio information to make a compact size. In the edit, that means you have less data to work with which can lead to lousy quality. That’s not professional at the end of the day. It’s not what you, the client, are paying for.

Again, video works the same way. Phone video codecs are highly compressed which makes it very hard to colour correct in post production if at all possible. I won’t even mention the audio capabilities.

This is why videographers and audio techs spend those huge amounts of money to ensure that you get the best quality on your finished video.

Any questions you might have regarding your upcoming wedding, please don’t hesitate to get in touch.

You can view our wedding highlight videos here.